Why Access to Birth Control Is No Substitute for Abortion Rights 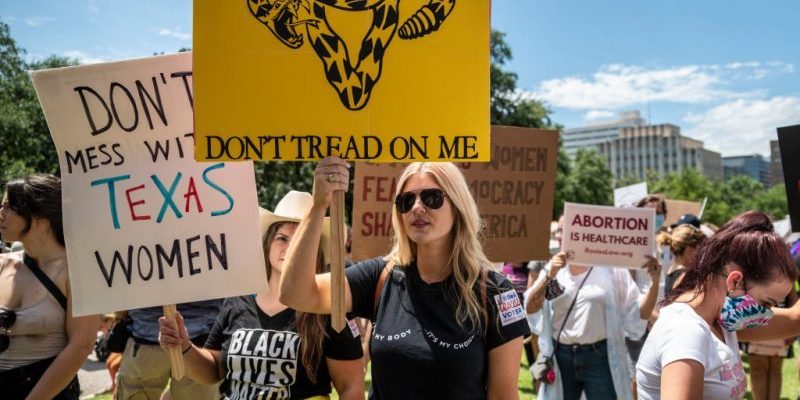 Topic: Why Access to Birth Control Is No Substitute for Abortion Rights

We have reached a dangerous new place in the battle over bodies and birth control in the United States. After years of attacks, this month Texas effectively made most abortions illegal, when a law took effect—after the Supreme Court declined to block it—that prohibits abortion as early as six weeks into pregnancy, and allows private citizens to sue anyone who facilitates one after that.

I empathized with the instant expressions of fear and grief that many people committed to abortion rights expressed at the news. But, having studied the history of birth control in the U.S., I also grew worried about what was likely to come next: calls for people who can get pregnant to find a long-term form of birth control. Indeed, when Amy Coney Barrett was confirmed to the Supreme Court, one commentator suggested that focusing on access to long-acting reversible contraceptives for women could be a solution to impending abortion restrictions. Others have championed contraceptive access for women in the wake of bans.

These suggestions are part of a larger social approach that often redirects attention to women’s use of contraception when support for abortion comes up. This is familiar for many menstruating people who already bear the burden of preventing pregnancy, especially when facing partners who won’t wear condoms. It’s all a predictable cycle at this point—one in which, as is so often the case, individual American women end up asked to take responsibility for something that is really a society-wide problem.

It may seem reasonable to position long-term prescription birth control for birthing bodies as a solution to impending abortion restrictions. But the pill and other forms of long-acting reversible contraception must work alongside abortion, not as an alternative to it.

For one thing, there are important reasons why people may choose not to use that form of contraception. While almost half of sexually active American women ages 15-44 who were not seeking pregnancy reported using a reversible prescription method in 2016 (and another 22.4% were sterilized), the reality is that those contraceptives aren’t perfect. Side effects are the leading cause of stopping them because of dissatisfaction. One study of contraceptive preferences among women seeking abortion found that 78% of them deemed it extremely important that the method have no side effects. That’s a tough proposition with prescription methods. Condoms, however, are an accessible alternative that protect users against both pregnancy and sexually transmitted infections, and without side effects—though, with typical use, they are more likely to fail to prevent pregnancy. Perhaps not coincidentally, the condom was the method most commonly used by abortion patients in 2014, according to a 2018 analysis conducted by a researcher at the Guttmacher Institute. When the average American woman’s reproductive life span can last over 30 years, abortion availability is a necessary option.

Just as importantly, encouraging prescription birth control use as the solution to the loss of abortion rights is a continued reflection of the feminization of contraceptive responsibility. If there’s anything that I’ve learned from my research on the burdens of preventing pregnancy, it’s that women need both birth control and abortion. The U.S. has a nasty history of choosing birth control to solve issues understood as social problems instead of addressing those issues head on. We need practices that maximize reproductive freedom, not practices that condone uneven responsibility.

Topic Discussed: Why Access to Birth Control Is No Substitute for Abortion Rights