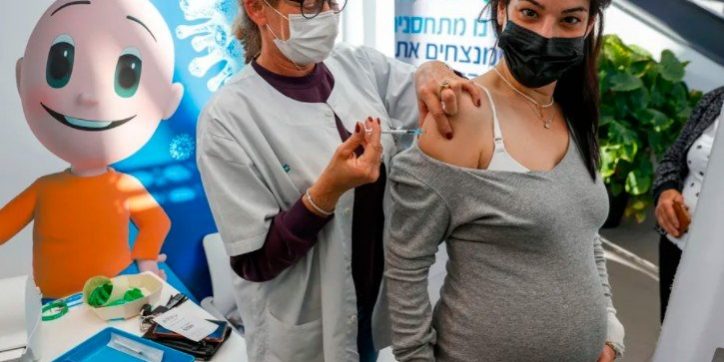 People who are pregnant are now eligible to get the coronavirus vaccine in more than 40 states — typically ahead of their lower-risk peers. And more than 60,000 of them have already rolled up their sleeves, according to the Centers for Disease Control and Prevention.

Although the Covid-19 vaccines authorized in the US were not studied in pregnancy, early data is now starting to emerge suggesting — as researchers expected — that the vaccines are likely safe during pregnancy and confer protection not only to the recipient but also, potentially, the baby.

“It’s all very positive,” says Stephanie Gaw, a maternal-fetal medicine specialist at the University of California San Francisco Medical Center, of the findings so far.

There have been many reasons to suspect the vaccines should be safe in pregnancy, including the lack of major adverse events reported so far, solid studies in animals, and a good understanding of how the vaccines work in the body (they don’t contain live virus, and they are quickly broken down). “The data that we’re collecting on it so far has no red flags,” Anthony Fauci, the top US infectious disease doctor, said in February.

Meanwhile, new research, published March 25 in the American Journal of Obstetrics and Gynecology, found that the vaccines offer strong immune protection for people who are pregnant, just like their non-pregnant peers.

Preliminary research also suggests vaccines might provide some protection to newborns, who are unlikely to have their own approved Covid-19 vaccine anytime soon (and are also vulnerable to more severe illness). The new AJOG paper joins other early findings that antibodies to Covid-19 generated by pregnant mothers after receiving their vaccines were passed through the placenta to the fetus.

But Covid-19 vaccine rollout to the pregnant population has been inconsistent around the globe.

For months, the US and many national medical groups — including the American College of Obstetrics and Gynecology, the Society for Maternal-Fetal Medicine, and the Academy of Breastfeeding Medicine — say the vaccine should be offered to this group, in large part because there’s strong evidence that pregnancy elevates the risk for severe Covid-19 and death. (Given this data, the American Society for Reproductive Medicine goes so far as to say the vaccine is “recommended” for those who are pregnant or considering pregnancy.)

“If a pregnant patient gets infected during pregnancy, her risk of intensive care admission is around 5 percent,” says David Baud, chief of obstetrics at Le Centre hospitalier universitaire vaudois in Switzerland, where he studies infections during pregnancy. “I do not know of any disease that put a 30-year-old woman at such high risk to be admitted to the ICU.” Furthermore, if the infection happens late in pregnancy, it increases the risk of preterm birth and the baby needing intensive care.

Topic Discussed: The evidence that Covid-19 vaccines are safe and effective in pregnancy is growing