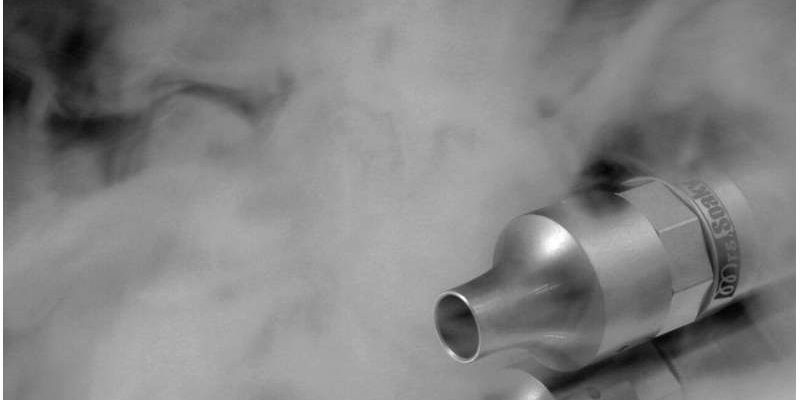 “The use of the word ‘healthier’ in this context, as if it is synonymous with ‘less harmful,” is misleading if not deceitful,” said Honaramooz, a professor and researcher in the Western College of Veterinary Medicine’s Department of Veterinary Biomedical Sciences. “In the absence of evidence, the premise for claiming e-cigarettes as being less harmful than smoking is shaky.”

Honaramooz’s successful research program focuses on reproductive technologies for use in animals and people. He and his team of researchers are recognized globally for their award-winning work with cell imaging and the successful regeneration of functional testis tissue from stem cells in vitro (in a petri dish) and in vivo (implanted in living mice).

In 2020, his laboratory team designed an experiment that allows researchers to identify and study in detail the effects of e-cigarette use on the health and development of testis tissue. This latest project is inspired by a recent Health Canada survey which found that e-cigarette use by Canadian youth tripled between 2014 and 2019, jumping from a prevalence rate of six percent to 20 percent in only five years.

“I usually look for important, everyday applied or clinical questions that can be answered using my specialty and the study tools that we have at our disposal,” said Honaramooz. “As a father of three teenagers, I feel this research may help shed light on some aspects of e-cigarettes that are not sufficiently studied and may help to inform young individuals and their parents, as well as practitioners and policy makers.”

Expectant mothers are another demographic group at the greatest risk of experiencing poor reproductive health and fetal development as the result of e-cigarette use. Despite the risks, pregnant women defended their use of these products as a healthy alternative to conventional cigarettes in survey responses.

Unlike other vital body systems that are fully developed at birth, the reproductive system is left purposefully underdeveloped until puberty. This leaves the developing organ susceptible to interference by carcinogens and chemical toxicant—much like those found in e-cigarette vapours—from early fetal development into late adolescence.

Honaramooz and his team successfully regenerated functional testis tissue from stem cells by modifying the testis cell aggregate implantation technique. With this modified method, researchers isolate various testis cells and gonocytes (the stem cell precursor to sperm) from donor pig testis and inject them under the back skin of recipient laboratory mice. The result is a fully re-formed testis tissue implant, capable of producing both functional sperm and male steroid hormones.

Different substances, such as e-cigarette vapor, can then be introduced to the developing tissue so scientists can study the effects directly and in real time—a feat which, until recently, was considered impossible.

Since Honaramooz has the ability to manipulate testis tissue during varying points in development, his research team can model the effects of e-cigarette vapor and other toxicants on testis tissue as it occurs in fetal, newborn and prepubescent individuals. The scientists can also use their model to investigate the effects of second-hand e-cigarette exposure and to test different e-cigarette flavors and varying doses of nicotine.

Given the sheer lack of background information on vaping toxicology, Honaramooz isn’t sure what his research team will discover. Still, they expect to find something.

“You see, toxicology is all about dose. … At reasonably relevant doses, I probably expect to see subtle changes such as in gene expression and possibly cell behavior,” said Honaramooz. “Again, the effects do not necessarily have to be significant or visible to cause major functional consequences. … [Even subtle differences] can lead to carcinoma and germ cell testicular cancer.”