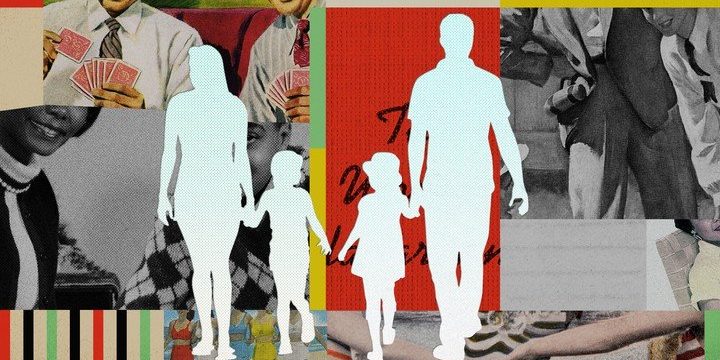 Topic: Parents Are Sacrificing Their Social Lives on the Altar of Intensive Parenting

Inequality has seemingly caused many American parents to jettison friendships and activities in order to invest more resources in their kids.

Over the past few decades, American parents have been pressured into making a costly wager: If they sacrifice their hobbies, interests, and friendships to devote as much time and as many resources as possible to parenting, they might be able to launch their children into a stable adulthood. While this gamble sometimes pays off, parents who give themselves over to this intensive form of child-rearing may find themselves at a loss when their children are grown and don’t need them as much.

Prior generations didn’t need to be as preoccupied with their children’s well-being or future. Growing up in Dayton, Ohio, in the 1960s, my brothers and I were as luxuriously removed from our parents’ minds as they were from ours. It was the gilded age of childhood freedom. My brothers and I consumed hours of television and ate staggering amounts of sugar—for breakfast. We vanished each summer morning, biked back for lunch, and then disappeared again ’til dusk. My parents also had a life. My mother played mah-jongg weekly with “the girls” and went out every weekend with my father without calling it “date night.” My dad played squash on weekends at the downtown YMCA and didn’t seem to worry about whether my brothers and I felt neglected.

My parents were likely more relaxed than the generations that followed them because they could assume that their kids would do better than they did, just as they were doing better than their own parents. “From 1950 to 1970, the yearly income of the median worker more than doubled, and those at the bottom of the earnings distribution saw their earnings increase even more,” writes the Stanford sociologist Marianne Cooper in her book, Cut Adrift: Families in Insecure Times. In addition, “the number of low-income students attending universities nearly doubled between 1965 and 1971.” There was still poverty in rural areas, and racial discrimination still restricted opportunities for many. However, segregation was slowly decreasing, and income distribution was becoming more equal. Outside agriculture and temporary-work industries, employers typically provided health insurance, and many jobs guaranteed a pension.

But as inflation, economic stagnation, and fears of communism rose in the 1970s, notions of restructuring the economy took hold, including a free market unhindered by government regulation. By the 1980s, businesses and government were well on their way to ending the social contract that benefited Baby Boomers’ parents. The Yale political scientist Jacob Hacker described this transformation as the “great risk shift”—where economic and health risks were “offloaded by government and corporations onto the increasingly fragile balance sheets of workers and their families.”

Topic Discussed: Parents Are Sacrificing Their Social Lives on the Altar of Intensive Parenting