Newborns should be stimulated to hold and reach for objects 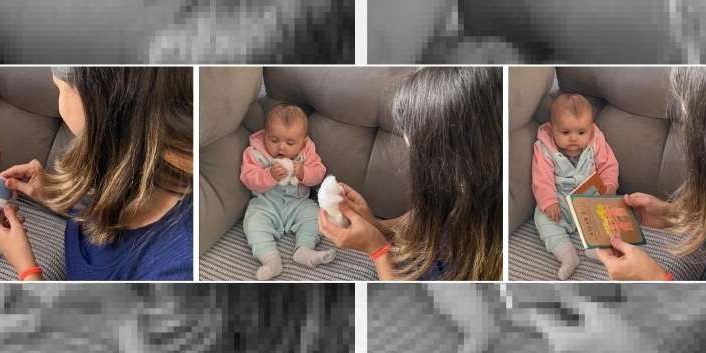 Topic: Newborns should be stimulated to hold and reach for objects

Newborn infants and babies aged up to three months should be stimulated to manipulate objects and observe adults performing everyday tasks. This incentive helps their social, motor and cognitive development, researchers note in an article published in the May 2021 issue of the journal Infant Behavior & Development.

According to the authors, from the earliest age babies watch adults carrying out activities such as handling utensils and putting them away in drawers or closets. They should themselves have frequent contact with objects to develop the ability to hold things and reach out for them. Through social interaction, even newborns can learn to use their own bodies functionally and to perceive the links between their movements and their surroundings.

“We present evidence that neonatal imitation and manipulation activities are connected, and therefore propose stimulation practices based on seminal experimental designs where infants should be positioned in favorable postures to observe others acting in the world. This will have an impact on the way that early infants understand the social world and the chain of actions possible in this environment,” they argue in the article.

For Priscilla Ferronato, a professor at the Health Sciences Institute of Paulista University (UNIP) in São Paulo, Brazil, and first author of the article, the study innovated by evidencing the link between social imitation and the motor system underlying manipulation. “Research published since 1970 has shown that babies can copy facial expressions as soon as they’re born. We suggest they imitate manipulative motor actions just as much as expressions. When babies see adults using their hands, they copy the movements, and this helps them use their own hands,” she said.

Babies are unable to reach for objects in the first three months of life. “Carers usually stimulate them to use their hands only after they learn the reaching movement,” she said. “We propose the opposite: encouraging them to reach out before they can do so of their own accord.”

In the article, the researchers present a review of the scientific literature on the subject and advocate a novel approach to the understanding of imitation and manual activities. The suggestions are based on the reproduction of scenarios that replicate experimental situations in classic studies of child development but are simple and easily adapted.

Topic Discussed: Newborns should be stimulated to hold and reach for objects