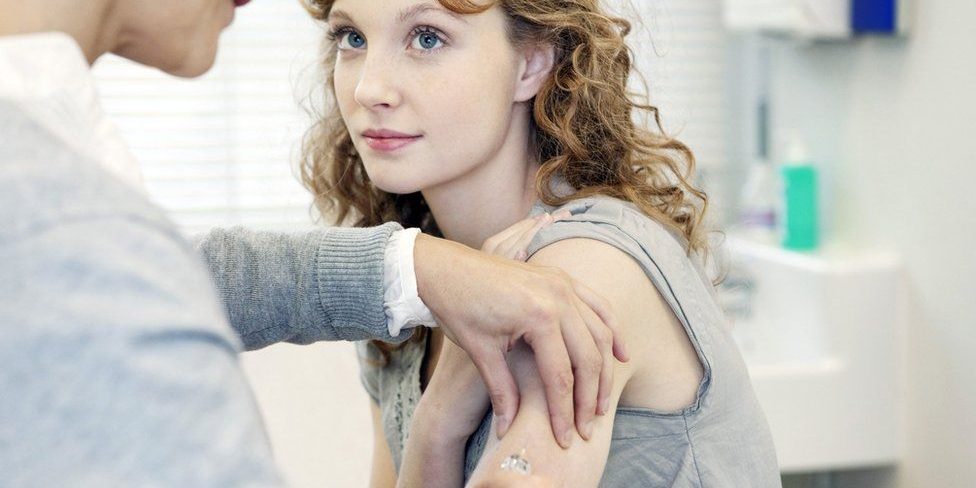 The human papillomavirus, or HPV, vaccine is cutting cases of cervical cancer by nearly 90%, the first real-world data shows.

Cancer Research UK described the findings as “historic”, and said it showed the vaccine was saving lives.

Nearly all cervical cancers are caused by viruses, and the hope is vaccination could almost eliminate the disease.

The researchers said the success meant those who were vaccinated may need far fewer cervical smear tests too.

Cervical cancer is the fourth most common cancer in women around the world, killing more than 300,000 each year.

Almost nine-in-10 deaths are in low and middle income countries where there is little access to cervical cancer screening. The hope is vaccination will have an even bigger impact in those countries than wealthier nations such as the UK.

More than 100 countries have starting using the vaccine as part of World Health Organization plans to get close to eliminating cervical cancer..

In the UK, girls are offered the vaccine between the ages of 11 and 13, depending on where they live. The vaccine has also been offered to boys since 2019.

The HPV vaccine can only prevent an infection, it cannot rid the body of the virus once it has been caught. The viruses are so widespread that immunisation has to be aimed at children before they become sexually active.

The study, published in the Lancet, looked at what happened after the vaccine was introduced for girls in England in 2008.

Those pupils are now adults in their 20s. The study showed a reduction in both pre-cancerous growths and an 87% reduction in cervical cancer.

“The impact has been huge,” said Prof Peter Sasieni, one of the researchers at King’s College London.

The reductions were less dramatic when older teenagers were immunised as part of a catch-up campaign. This is because fewer older teenagers decided to have the jab and they may already have been sexually active.

Overall, the study estimated the HPV programme has prevented about 450 cancers and 17,200 pre-cancers.

Prof Sasieni said that was “just the tip of the iceberg” because those vaccinated were still young to be getting cancer, so the numbers would only grow with time.