How a simple tummy-rub can change babies’ lives 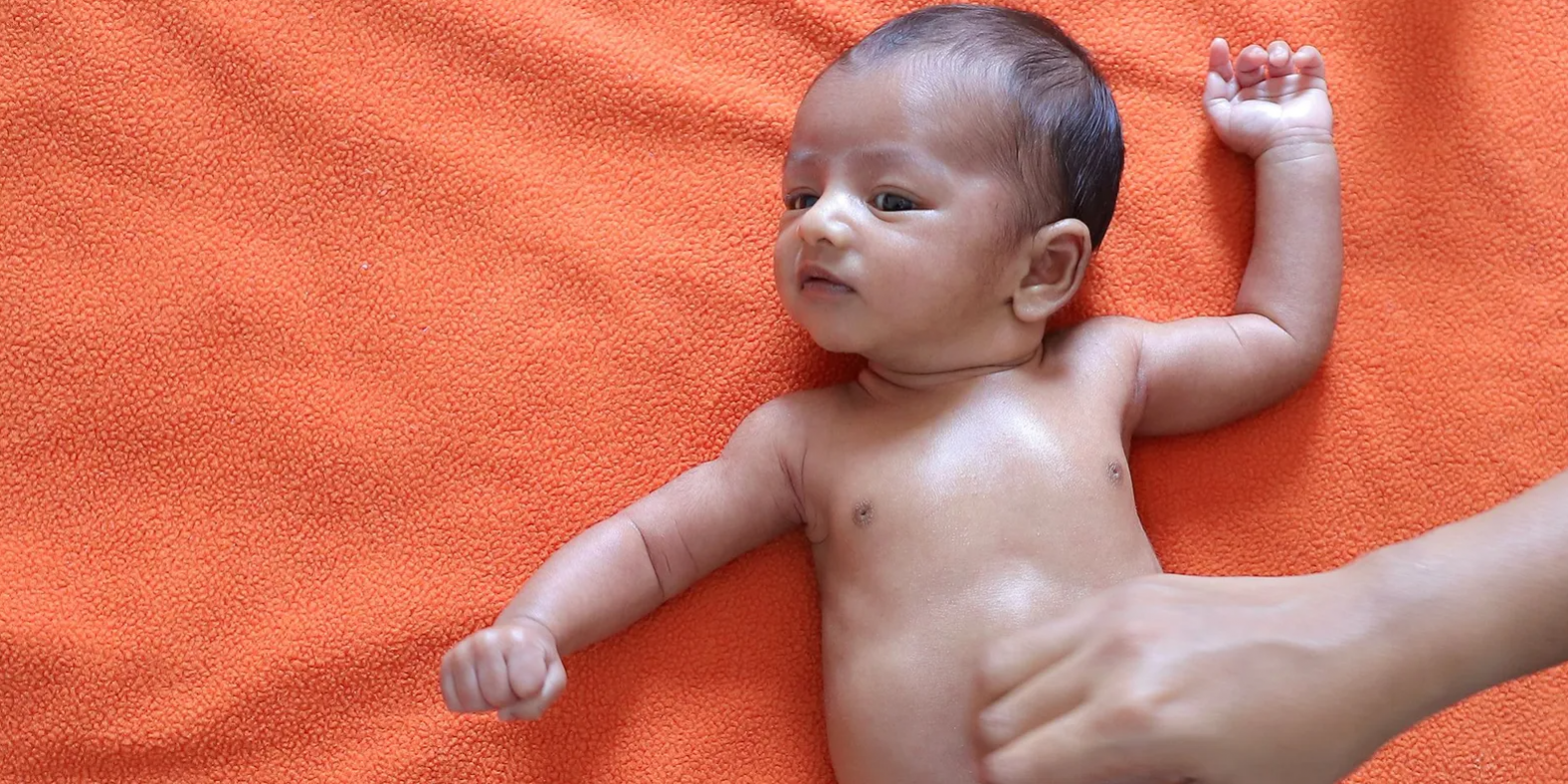 Topic: How a simple tummy-rub can change babies’ lives

Baby massage has been practised in South Asia for centuries. Now scientists are discovering its life-saving potential.

On a cool October evening, Renu Saxena brought her newborn daughter home from hospital in the southern Indian city of Bengaluru. It struck her just how fragile her baby was, her tiny veins glowing through her translucent skin. She had been born early, at 36 weeks, and weighed only 2.4kg (5.3lbs). Saxena’s family urged her to immediately start an age-old Indian remedy for helping newborns thrive: daily baby massage. But her doctors were more cautious, and suggested she wait until the baby had put on more weight before starting massages.

Saxena struck a compromise, and decided to hold off for two weeks. During that time, her daughter gained hardly any weight, less than 100g (3.5oz) a week, and slept fitfully. It was only when Saxena hired a retired neonatal nurse, and learned the art of traditional baby massage from her, that things took a turn for the better. Her daughter not only began to sleep well, she also put on more weight.

Far from an isolated success, Saxena’s experience is backed by a growing body of evidence on the surprising benefits of South Asian baby massage, including for premature babies. Studies have shown that these oil massages, when done properly, can boost babies’ weight gain prevent bacterial infections, and cut infant mortality by up to 50%. Parents interested in the technique should however discuss it with their healthcare provider first, to ensure it is safe and suitable for their child.

To the families who treasure this ancestral practice, the findings confirm their own observations. Saxena, a former advertising executive, originally hails from the northern Indian state of Uttar Pradesh, known for its tradition of massaging both mother and infant soon after birth. Her extended family has been following the routine for generations.

“When we were growing up, my mother would always tell us how she recovered far more quickly after giving birth to me, her third child, and how I thrived because she started a massage routine the day she came home after birth,” Saxena says.

The neonatal nurse showed her how to warm the oils, alternating between pure coconut and almond, and safely apply them to her daughter’s skin in daily half-hour sessions, followed by a warm bath.

“We started with gentle, heart-shaped strokes over the baby’s tummy, and extended it to other parts of the body,” she says. “Then we gently exercised the limbs, touching the tips of the toes to the forehead to relieve any trapped gas.”

Massaging infants can give them health benefits that last well into adulthood, researchers say.

“The skin is the largest organ of the body, but we often minimise how important skincare is to overall health,” says Gary Darmstadt, professor of neonatal and developmental medicine at the Stanford University School of Medicine.

Topic Discussed: How a simple tummy-rub can change babies’ lives