Exposure to pollution during pregnancy is linked to asthma in preschoolers 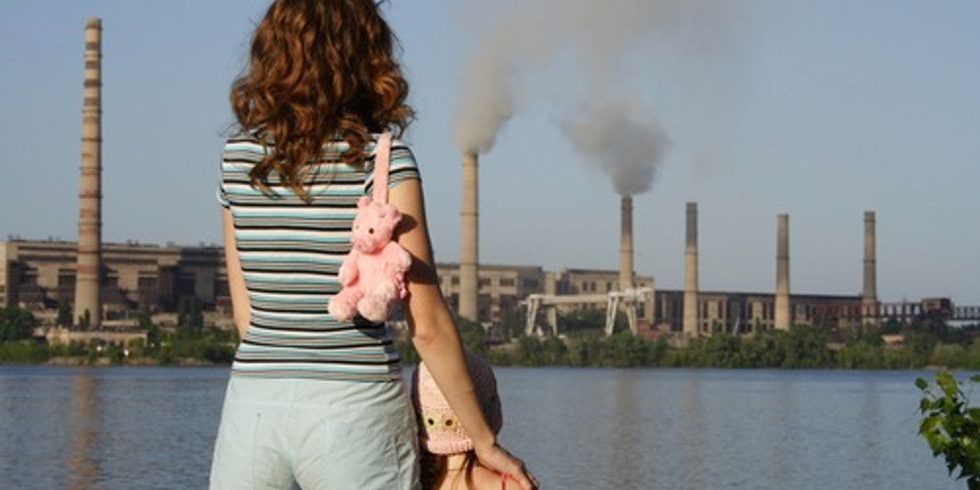 Topic: Exposure to pollution during pregnancy is linked to asthma in preschoolers

Exposure to particulate matter (PM2.5) pollution during pregnancy is linked to asthma in preschoolers, according to a new study published in the journal American Journal of Respiratory and Critical Care Medicine.

Researchers from the Mount Sinai School of Medicine looked at 376 mothers and their children who live in the Boston metropolitan area.

They estimated the PM2.5 exposure in the mothers’ and children’s homes andthen followed up with the mothers to find out whether the children were diagnosed with asthma. Most of the diagnoses occurred just after three years of age.

The researchers found that 18% of children born to these mothers developed asthma in their preschool years, compared to 7% of children overall in the U.S.

While both boys and girls were affected by the exposure, the study found that girl babies were more sensitive to ultra-fine particles when exposed in late pregnancy.

Rosalind Wright, the lead author of the study and professor of Environmental Medicine and Public Health, said: ‘One reason ultra-fine particulates are not routinely monitored is that there have been a number of unique challenges to measuring them accurately.

‘Fortunately, recent methods have been developed to provide such exposure data which allowed us to conduct this study.

‘This research is an important early step in building the evidence base that can lead to better monitoring of exposure to ultrafine particles in the United States and ultimately to regulation.

‘As we advance methods for measuring these tiny particles, we hope for replication of these findings, both within different geographic areas across the United States as well as globally. Childhood asthma remains a global epidemic that is likely to grow with the anticipated rise in particulate air pollution exposures due to effects of climate change.’

Topic Discussed: Exposure to pollution during pregnancy is linked to asthma in preschoolers