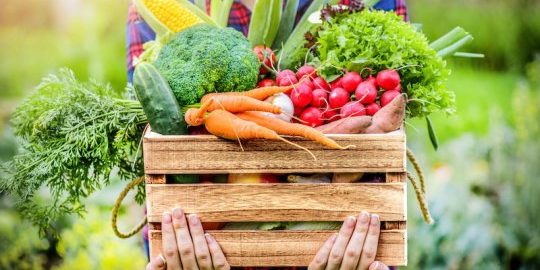 Eating a plant-centered diet during young adulthood is associated with a lower risk of heart disease in middle age, according to a long-term study with about 30 years of follow-up. A separate study with about 15 years of follow-up found that eating more plant-based foods that have been shown to lower cholesterol, called the ‘Portfolio Diet’, is associated with lower risk of cardiovascular disease in postmenopausal women.

“Earlier research was focused on single nutrients or single foods, yet there is little data about a plant-centered diet and the long-term risk of cardiovascular disease,” said Yuni Choi, Ph.D., lead author of the young adult study and a postdoctoral researcher in the division of epidemiology and community health at the University of Minnesota School of Public Health in Minneapolis.

Choi and colleagues examined diet and the occurrence of heart disease in 4,946 adults enrolled in the Coronary Artery Risk Development in Young Adults (CARDIA) study. Participants were 18- to 30-years-old at the time of enrollment (1985-1986) in this study and were free of cardiovascular disease at that time. Participants included 2,509 Black adults and 2,437 white adults (54.9% women overall) who were also analyzed by education level (equivalent to more than high school vs. high school or less). Participants had eight follow-up exams from 1987-88 to 2015-16 that included lab tests, physical measurements, medical histories and assessment of lifestyle factors. Unlike randomized controlled trials, participants were not instructed to eat certain things and were not told their scores on the diet measures, so the researchers could collect unbiased, long-term habitual diet data.

After detailed diet history interviews, the quality of the participants diets was scored based on the A Priori Diet Quality Score (APDQS) composed of 46 food groups at years 0, 7 and 20 of the study. The food groups were classified into beneficial foods (such as fruits, vegetables, beans, nuts and whole grains); adverse foods (such as fried potatoes, high-fat red meat, salty snacks, pastries and soft drinks); and neutral foods (such as potatoes, refined grains, lean meats and shellfish) based on their known association with cardiovascular disease.