Does breast density matter for older women’s risk of cancer? 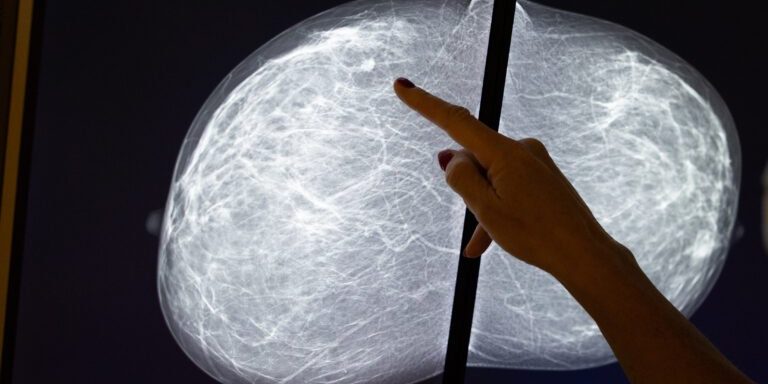 Breast density is a known risk factor for developing breast cancer, but that well-accepted research finding is derived from studies conducted in women under age 75. That makes sense because breast density declines with age, but cancer epidemiologist Dejana Braithwaite of the University of Florida’s Cancer Control and Population Sciences Program wondered about older women: How much does density drop, and how much might it matter?

In an analysis of more than 220,000 mammograms published Thursday in JAMA Oncology, her team reports that density — and the risk of breast cancer — doesn’t disappear.

Braithwaite talked with STAT about that research and her hope to learn more about cancer in older women. This interview has been condensed and lightly edited for clarity.

What were you hoping to learn?

While screening for women up to 75 is generally accepted to be appropriate, what’s less clear is what happens after women reach age 75 and whether screening still makes sense. What we really want to do is generate the evidence to inform personalized screening strategies. For some women it may make sense to continue screening beyond age 75, beyond what’s recommended by the guidelines if they’re in good health and maybe have some risk factors like breast density. But for some women who may have some health issues, they may not benefit from screening.

What’s the connection between breast density and cancer?

One of the really common risk factors for breast cancer is breast density, and that’s a measure of the amount of fibers or glandular tissue — dense tissue —compared with fatty tissue. More density has been associated with increased risk of invasive breast cancer.

And for older women?

Ours is one of the first studies to really look at older women, particularly women aged 75 and older. Even though the prevalence of density decreases with age, about half of women age 40 to 64 have dense breasts, and we found that by the time women get into their 60s and 70s, about 30% to 32% still have dense breasts. And we found that their breast density is associated with increased risk of invasive breast cancer in both age groups of women that we studied: 65 to 74, and 75 and older.

It is surprising that 30% of these women still have dense breasts — that’s maybe a little bit higher than what we expected. After menopause, it goes down, but 30% is still a considerable number. Given the associations we have observed in younger women that density does lead to an increased risk of breast cancer, that finding is not surprising. It’s biologically plausible.