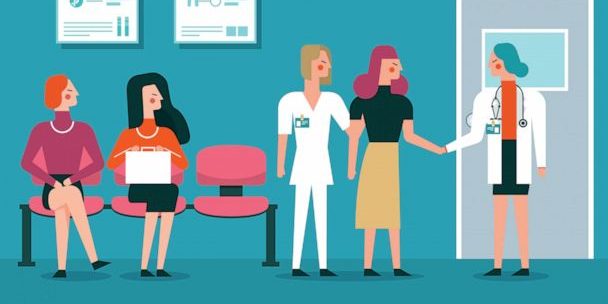 When Katharine Lee, a postdoctoral research fellow at Washington University in St. Louis, and Kathryn Clancy, an associate professor of anthropology at the University of Illinois Urbana-Champaign, each say they experienced unexpected menstrual cycles after receiving the COVID-19 vaccine, they did what researchers do and began to collect data.

Clancy conferred with Lee, who said several colleagues had also reported differing menstrual symptoms, and issued a single tweet in late February explaining her own symptoms and asking if anyone else had experienced anything similar.

Three months later, Lee and Clancy say more than 80,000 people have documented their experiences in an online survey they collaborated on examining short-term vaccine side effects related to the menstrual cycle.

“We’ve gotten so many messages where people got a heavier period or a period they weren’t expecting and were frantically Googling to see what was wrong with themselves,” Lee told “Good Morning America.” “And they stumbled across our survey and we were the only people saying, ‘Hey, did this happen to anyone?'”

Today, with millions of Americans already fully vaccinated, scientists and doctors still don’t know exactly why — or even if — vaccines might impact menstruation.

Unexpected changes to a woman’s period can happen from an inflammatory response or because of stressful events. And experts agree any changes to menstruation are likely to be temporary, and there is no reason for women to worry, including when it comes to fertility.

But women including Lee and Clancy, who experienced the menstrual changes themselves, say the lack of research and interest in the vaccines’ impacts on people’s menstrual cycles is a sign of what happens when women are left behind in medical research, as they have historically been.

“We owe it to people as researchers to understand that experience,” said Lee. “Much as people were recommending to have Tylenol on hand in case you get a fever [after the vaccine] and to make sure your schedule is clear in case you get fatigue and a headache, this is just something that people should be informed about what could happen to them so they can react appropriately and not be scared.”

“This again speaks to the importance of inclusion and equity within scientific research spaces,” added Clancy. “If we hadn’t had all of these bodies that had periods and had uteruses having these experiences, having this expertise, we might not have put all of this together.”