6 Scenarios When You Shouldn’t Drive While Pregnant 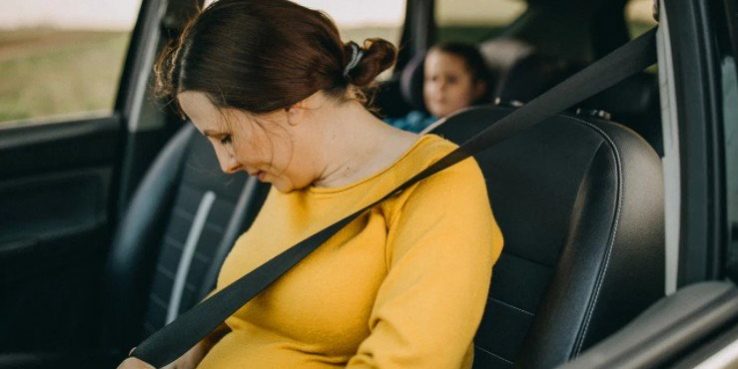 Topic: 6 Scenarios When You Shouldn’t Drive While Pregnant

When you’re pregnant, you pump the brakes on a lot of fun stuff to keep you and your baby healthy: riding roller coasters, taking dips in hot tubs, going on pub crawls… you get the gist.

With everything you’re banned from doing during pregnancy, we wouldn’t blame you for wondering if you’re still allowed to do normal human activities like shower, take walks on the beach, and get behind the wheel of a vehicle.

For the most part, the answer to all these questions is a resounding yes! You can still live your life while pregnant.

That said, there are a few valid concerns about the safety of driving while pregnant.

Here’s how to know whether you should still squeeze your baby bump into the driver’s seat of your car or hand your keys over to your partner, mom, BFF, or even your friendly neighborhood Uber driver instead.

Risks of driving while pregnant

Nine and a half times out of 10, driving during pregnancy is totally fine. We’re pretty sure the world would grind to a complete halt, actually, if pregnancy were a disqualifier for getting behind the wheel.

But we need to be real with you: There is a weirdly higher risk associated with driving while pregnant versus not pregnant. A 2014 study suggested that women were 42 percent more likely to become involved in serious car accidents during the second trimester than those who weren’t pregnant.

Yup, only in the second trimester. In the first and third trimesters, the risks were the same as they were outside of pregnancy.

Topic Discussed: 6 Scenarios When You Shouldn’t Drive While Pregnant